We’ve come a long way since Spielberg’s classic about a robotic boy who was desperate to find love and discover where he belongs. Akin to the iconic 2001 film, AI on social media has gone through a similar journey of discovery. Where exactly does it fit in? How does it impact business to consumer relations? Will it help or hinder us humans in the long run?

Autonomy and AI has successfully bounded across lots of physical sectors, manufacturing leaps out in particular. Likewise though, it has also received a significant amount of attention from powerful, online beasts such as Google and Amazon, who have ploughed jaw-dropping amounts of money into AI over the past 10 years. So, it’s no real surprise that the social landscape is also benefiting from all of this; with Facebook, Instagram and Twitter now collectively lapping up AI’s unique ability to merge technologies of natural language processing and machine learning.

Social media’s boom has seen it now span across multiple platforms and with this growth comes a forever-expanding mosaic of data. Sifting through this data is now very important for a lot of organisations who wish to monitor, understand and act upon their findings, and AI rapidly helps to interpret and manage this. The faster details can be recognised, the faster an organisation can react.

AI systems have the ability to identify mentions before they start trending, and send out alerts to those that need to know. This can help to enable companies to improve their social media offerings and enhance customer experience. It can inspire sales teams to initiate an impromptu special offer online. It can make a PR team aware of an approaching smear campaign… AI can both encourage opportunities as well as sound out the alarms.

Facebook invested a fair whack on AI over five years ago, with Instagram, and more recently Twitter also following suit. With 2013’s investment, Zuckerberg and friends’ became able to track user engagement on various topics and use this to prepare a more personal rank on feeds. Out goes irrelevance and in comes pre-vetted content, it’s social feeds tailored to your interests-only.

It’s presented in a number of ways, the obvious being paid adverts, but in recent times advancements in AI has seen more sophisticated ways of profiling such as the ability to trace the part of an image that a user is interested in, to aid the creation of future thumbnails and profile pictures. Facebook AI also aspires to understand further complex emotions, such as sarcasm, supported by the roll out of ‘emotions’ as a reaction to posts.

By analysing the social footprints left by people online, AI algorithms are determining what we do and don’t like. Gone are the days of people viewing content in chronological order. Gone are the days of a developing trend or threat going unnoticed, a true crisis is curbed way before it gets out of hand on social. A revolution definitely wouldn’t gain momentum on social media, *cough* Snoopers Charter. I’d love to dive deeper on this but to quote a certain Gallagher, as you were.

For some, the role AI plays on social media might not faze them. Perhaps, the collection, processing and management of one’s online makeup is just a sign of the times, something to be accepted. Some may argue that being served up familiar and likeable content can only be a good thing, as it accommodates convenience and pushes pertinent information into the faces of those that want it. Whereas others may see it as a big threat to personal thinking, reasoning and decision. Harder sceptics may be quick to say that it’s just one of many controlling tentacles, and there’s a bigger picture to be recognised.

AI has come so far on social media, we’re even seeing social freak-bots like Instagram’s Lil Miquela gain mass attention. Virtual influencer, Lil Miquela is thought to be a sentient robot, and is one of the first digital projects-come fictional characters-come social experiments to cause such a stir. Despite Lil Miquela being completely computer generated the freckled, Cali-residing AI personality spends most of her time sharing images of herself wearing expensive clothes and portraying the perfect life.

We can expect to see more designer avatars in the coming years, especially considering digital narratives are now being shared and played out between several avatars at once. According to some sources, the brains behind Lil Miquela’s recent account hack was from fellow odd-bot, Bermudaisbae, a scenario spawned straight out of the Kardashian era of using conflicts to introduce new characters. A media stunt for sure but a pivotal moment in the development of conscious AR character’s nonetheless.
With progression comes responsibility
Without a doubt, AI’s performance on social media is being constantly refined. Whether or not it will ever fully replace the authenticity of a human’s touch remains to be seen. And whether we actually want this in the first place is a wider question for society, but right now, consumers are being ‘touched’ by AI on a daily basis, even if many are unaware it’s happening.
From afar, AI is playing a positive part, it’s giving people what they want and supporting businesses in doing so. It is also an essential factor in spotting any potential threats before they magnify and become a serious problem. But how AI evolves from here is going to be interesting, for not just marketers and consumers but for humankind and those who run the world.
I’ll leave you with the thoughts from a man who knows a hell of a lot more about AI than me, Steve Tomkinson is his name and he’s the MD of a company that deals with AI and machine learning, Steve says, “For a brand or agency perspective, the future will stay on the current path of the human and robot hybrid model. What will change is the democratisation of access to the AI powering marketing and social media, it’s happened historically across most technology stacks and is filtering down via the easy to use interfaces, that don’t need a developer to integrate.”
However, although Steve recognises people dealing with social media should be buoyant about AI’s progression and future works, he does end things with an air of responsibility, stating “Remember, this is an augmentation of the human and we all need to think about what percentage of our roles are robot and what is human. We sometimes need to remove the robot to make us more human, and actually happier.” In summary, I’d say it’s finely balanced and what happens with AI outside of social media will somewhat dictate its future plans. 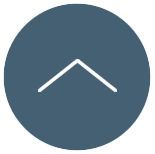